These are the most iconic ships you can visit around the world, according to Instagram

At Cruise Croatia we specialise in small-ship cruises. Our specially selected fleet are a key part of what makes our cruises so special, and we know just how important our ships are for our customers’ memories and experience.

With this in mind, we wanted to find out more about the history of the most important ships around the world, which you can still visit today. We headed over to Instagram to find out more about some of the vessels which have played crucial roles throughout history, and crunched the numbers to discover which of these boats are the most popular with nautical lovers today. 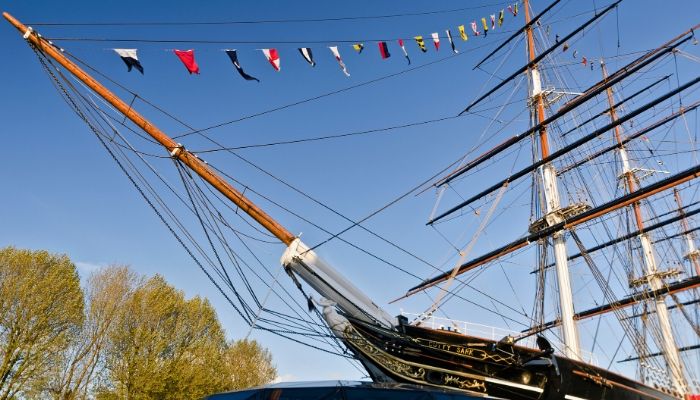 Coming out in the top spot with a substantial 120k posts is London’s Cutty Sark. The Cutty Sark is the only surviving clipper ship in the entire world, originally built in 1869 in Dumbarton. Its maiden voyage was from London to Shanghai in 1870, carrying wine, beer and spirits to Shanghai and returning stocked up with tea.

The original ship is now available to visit in Maritime Greenwich and is a popular tourist attraction in London. Impressively the ship was originally built to last only 30 years so the fact it is still standing and available to visit over 150 years later is quite the feat.

The USS Midway Museum in San Diego plays home to the USS Midway ship. The historic ship was a USS aircraft carrier belonging to the US navy. The ship was the lead of her class, and was also the largest ship in the world up until 1955. The ship was in use by the US navy for 47 years, during which time she played a role in the Vietnam War and Operation Desert Storm.

The ship has been housed in the USS Midway Museum since 2004. The museum has been a popular attraction ever since it first opened, pulling in double the expected number of visitors in its first year. 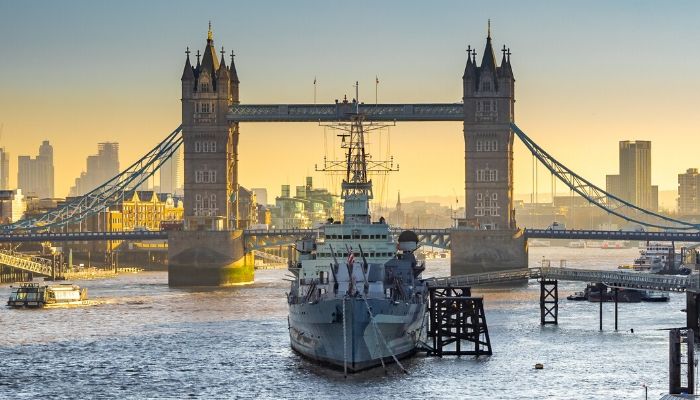 Another ship located in London, in third place is HMS Belfast. The WWII war ship is now permanently docked on London’s River Thames and is a sight to behold beside Tower Bridge.

The ship has been deemed the most significant WWII surviving Royal Navy warship. Since her launch over 80 years ago, she has seen action in the Korean War, the Arctic Convoys and fired some of the first shots of the D-Day landings. The existing structure of the ship remains almost entirely unaltered providing a unique glimpse into history.

Situated in Pearl Harbour in Hawaii, the Battleship Missouri Memorial conserves the remains and memories of the USS Missouri.

The ship is an Iowa-class battleship which played a key role in the Surrender of the Empire of Japan which contributed to the end of WWII. The ship was commissioned by the US navy and has taken on action in WWII and the Korean War. The ship has earned 11 battle stars for her service in WWII, the Korean War and the Pearl Gulf.

The iconic ship has featured in movies including Under Siege and Battleship. 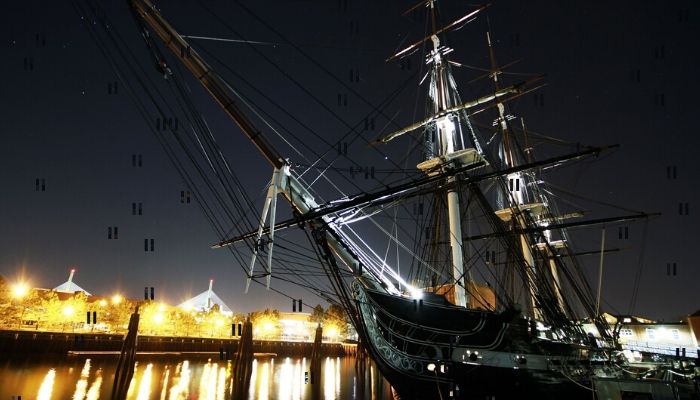 The USS Constitution is the world’s oldest commissioned naval vessel which is still afloat. The ship is often also referred to as ‘Old Ironsides’.

The ancient ship was launched in 1797 and is one of the six original frigates authorised for construction by the Naval Act of 1794. The ship has played a part in the War of 1812 – for which she is most famous – and the American Civil War. In the 1840s she circled the world.

The ship has been a designated museum ship since 1907 and has been active even since then, completing a nationwide tour of the US in 1934 and sailing under her own power for her 200th birthday in 1997. 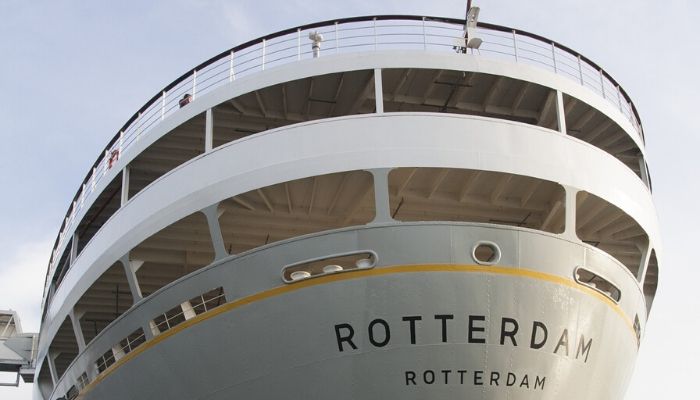 The SS Rotterdam is in fact the fifth of its name, and is also fondly referred to as ‘The Great Dame’. Unlike many of the top ranking ships, the SS Rotterdam is a former ocean liner and cruise ship and remains a firm hold in hospitality having been a hotel ship since 2010.

The ship was groundbreaking from the start, rocking a creative and innovative design when built in 1954 as ships began to develop beyond a basic transportation option and instead something which could really be enjoyed. 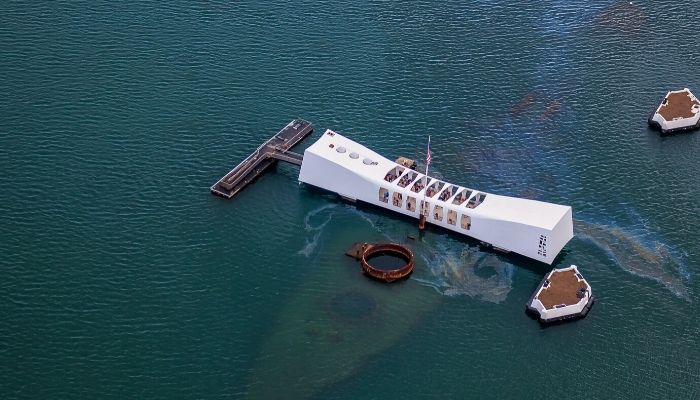 The memorial was first built in 1962 and has been a hugely popular attraction for those wishing to commemorate the lost sailors, with over 2 million people visiting the memorial annually. The memorial is only accessible by boat and straddles the sunken remnants of the USS Arizona boat. 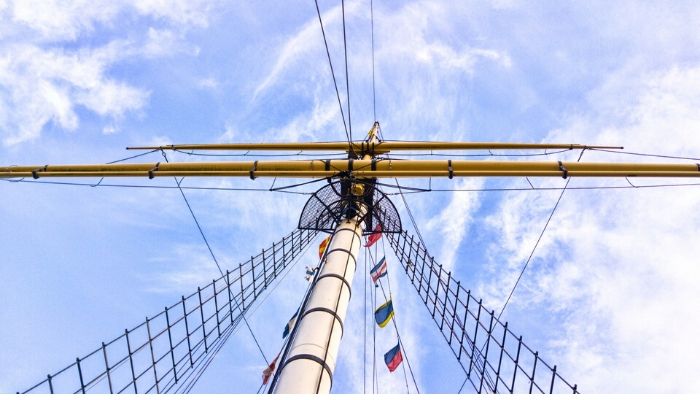 The SS Great Britain is a former passenger steamship, which is now a museum ship based in Bristol, attracting over 150,000 visitors annually.

The SS Great Britain is cited as one of the most important ships in the world, having been called ‘the greatest experiment since the Creation’ when launched in 1843. The size, power and technology of the SS Great Britain means she is often deemed as the Great Great Grandmother of modern ships.

The SS Great Britain was built to travel from Bristol to New York City, and was the first iron steam to cross the Atlantic ocean – a journey which she completed in 14 days in 1845.

The ship was built for the US Royal Navy during WWII. The ship has been nicknamed ‘the blue ghost’ due to her mysterious ability to seemingly reappear after sinking.

The ship has been docked in Texas since 1992 serving as a museum, and has been designated a National Historic Landmark. The ship also plays host to a MEGAtheatre cinema. 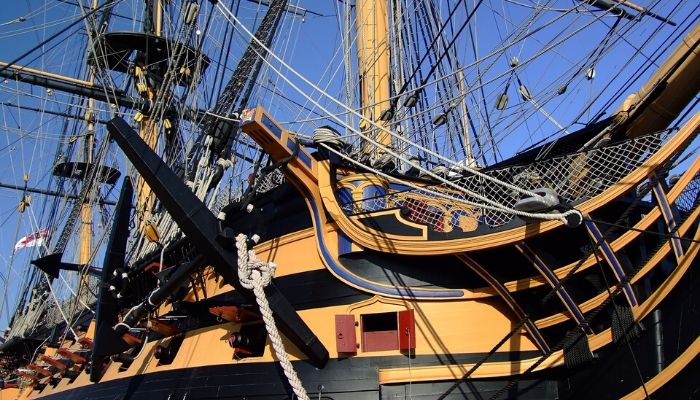 She has been preserved as a museum ship since 1922, docked in Portsmouth, England. The ship has been restored to her iconic appearance at the time of the Battle of Trafalgar and on the on-board archives and exhibitions provide incredible insight into the iconic ship’s history and journeys.

We compiled a list of over 100 of the most important boats throughout history which have visitor attractions available to visit today. We then analysed Instagram to discover how often the name of each boat had been hashtagged on Instagram. We ranked the full set by the hashtag count and took the top ranking 35 as the final results.