The Best UNESCO Sites To Discover Whilst Cruising In Croatia

Cruising in Croatia provides unlimited opportunities to explore, enjoy and experience everything that this beautiful Eastern European nation has to offer. Its rich history and heritage, diverse culture and cuisine, and spectacular breathtaking scenery will impress seasoned travelers and delight first-time visitors.

Featured on the activity-packed itinerary are exciting excursions and day trips to some of the best UNESCO sites in Croatia. 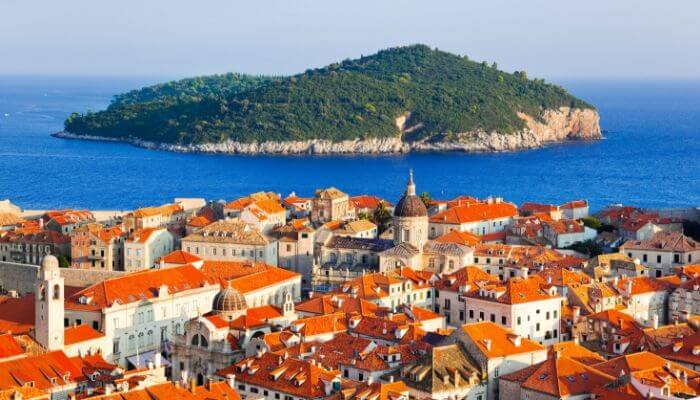 Famously known as the ‘Pearl of the Adriatic’, the majestic southern Dalmatia coastal city of Dubrovnik will definitely far exceed your sightseeing expectations. Perched on the edge of the shimmering turquoise sea, the historic city is encircled by imposing ancient walls that measure 5-16 ft in thickness. The main sea-facing wall stretches from Fort Bokar to St John Fortress, and beyond to the land side Fortress of Revelin. To feast your eyes on the most outstanding views of the UNESCO World Heritage site, take a walk along the defensive walls, and imagine yourself transported to medieval times as you gaze over the magnificent Old Town, and then out to sea.

The Old City of Dubrovnik is resplendent in history, heritage, art and culture, and boasts a vast array of well-preserved buildings that show off distinctive Baroque, Gothic and Renaissance architectural styles. Monasteries, churches, palaces, and elegant fountains add further embellishment to the collection of stunning landmark attractions. Stroll along the pedestrian-only Stradun (or Placa) to soak up the atmosphere of the historic city, and to mingle with the locals. 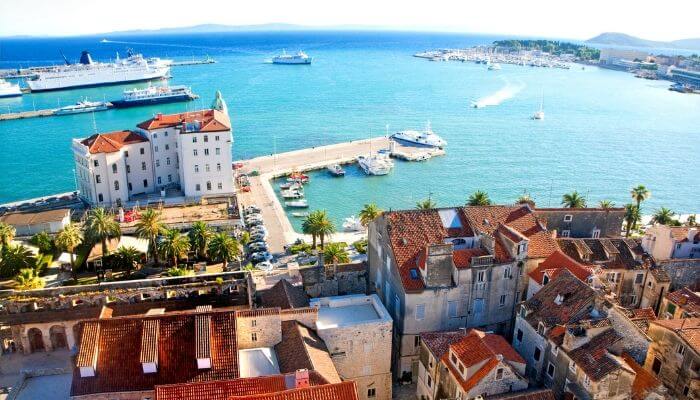 Croatia’s second-largest city is home to the Historical Complex of Split, and its monumental centerpiece of Diocletian’s Palace. The sprawling 4th-century retirement home of the Roman Emperor is an immense fortress-like structure that features Gothic and Renaissance architecture, elegant courtyards, underground cellars, a medieval cathedral, and 200 buildings. The iconic UNESCO World Heritage site is also one of the best-preserved Roman palaces in the world, and one of Croatia’s top tourist attractions.

Built from the distinctive white limestone and marble that was quarried on the island of Brac, Diocletian’s Palace is adorned with imported Egyptian granite columns and sphinxes, and bricks that were handcrafted in the ancient city of Salona. Take a tour of the labyrinth of streets and alleyways, located within the walled domain of the protected attraction, and discover a colorful collection of shops, cafes, bars, and restaurants. Admire the 12th and 13th-century Romanesque churches and the striking medieval fortifications that also form part of the city’s Historical Complex. Visit the Cathedral of St Domnius (also known as the Mausoleum of Diocletian) and admire the well-preserved octagonal form, Corinthian columns, and frieze, of one of the smallest active cathedrals in the world. 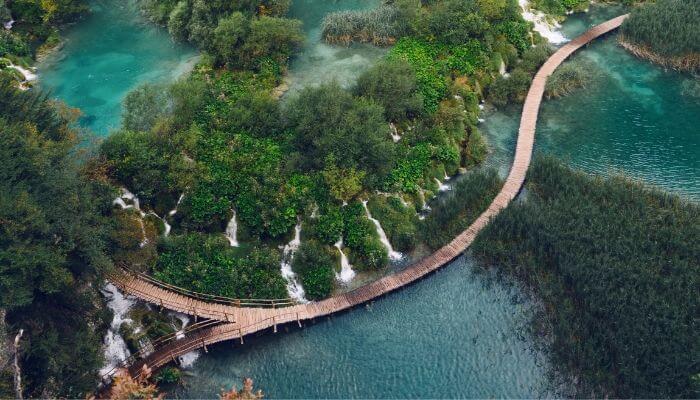 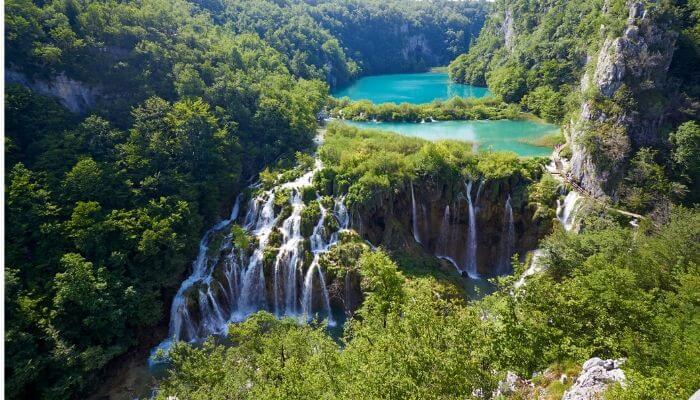 Plitvice Lakes National Park has long been one of Croatia’s most popular tourist attractions. Whilst cruising in Croatia, you can join an optional excursion or day trip to the spectacular natural beauty spot, which was awarded UNESCO World Heritage site status in 1979. Considered to be the most beautiful National Parks in Eastern Europe, Plitvice Lakes is situated in 300-sq km of beautiful forest and woodland reserve and showcases 16 interconnected terraced lakes and 90 cascading waterfalls. The endless wooden boardwalk that winds around the water allows you to freely explore the upper and lower lakes, and the gorgeous indigenous flora.

You’ll need to allow at least 3-4 hours to fully explore Plitvice Lakes, National Park. Follow one of the suggested hiking trails to enjoy a unique adventure. Observe the deer, bears, wolves and rare birds that live in the scenic paradise, before making your way to the park’s show-stopping centerpiece. The magnificent canyon-facing Veliki Slap waterfall is 78 metres high and is situated at the end of the jewel-colored lakes. Although the water may look incredibly inviting, swimming it in is strictly prohibited. You can, however, hop on a boat and sail across the tranquil Lake Kozjak.

Founded over 1000 years ago, the city of Sibenik is often overlooked by visitors to Croatia, in favor of the major seaside resorts and larger historic cities. Its prime location, in central Dalmatia, naturally makes the nearby Kornati Islands more accessible, and travelers tend to visit Sibenik on day trips to the nautical retreat. If you’re in search of the best UNESCO sites, whilst cruising in Croatia, Sibenik is certainly worth exploring.

One of the largest Gothic-Renaissance cathedrals in the region can be found on the Dalmatian coast. The iconic St James’ Cathedral is constructed entirely from stone quarried on Korčula and Brač Island, and boasts a remarkable frieze that features 71 sculptured faces of men, women, and children, and the individual design styles of three famous architects. Take a tour of the city on foot, and discover the hidden gems of 15th-century Gothic-Renaissance St John’s Church and the Šibenik City Museum, located within the 17th century Rector’s Palace. From the top of the fortified battlements of St Michael’s Fortress, you can admire breathtaking views of Krk River and the city below.

Check out our cruises to Sibenik & Krka National Park here.