Menu
Best things to do in Hvar

Home » Best things to do in Hvar

Best things to do in Hvar

Hvar is an island in the Adriatic Sea, off the south-western coast of Croatia’s mainland. Split is the closest city to Hvar on the mainland and, with an international airport, it is a great entry point into the country. Croatia has over 700 islands in the Croatian archipelago but, arguably, Hvar is one of the favorities.

Not only does Hvar Island feature crystal clear waters and a strong architectural presence, but it also has so much life to it. It is one of the most ‘happening’ islands in Croatia – day and night. Whether it is a focal destination, or a base for more island hopping, a trip to Hvar will not disappoint.

For travelers looking for a good night life, Hvar is certainly a great option. Bars, restaurants and nightclubs line the island shores and stay open late. That said, Hvar Island has an impressive party scene throughout the day too. Hvar is one of Croatia’s greatest treasures and we have included some of the best things to do in Hvar – from historical sight-seeing in the day, to dining in unique locations by night. 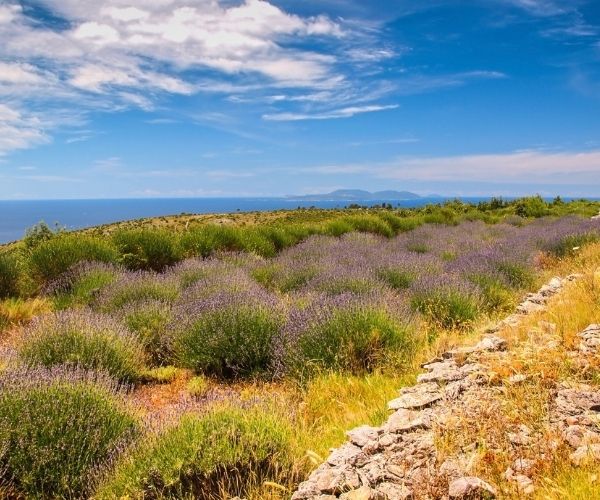 Smell divine in the lavender fields

Lavender is one of the most popular plants in Europe because of its vibrant color and beautiful fragrance. It has also been known to have a calming effect, helping with sleep and reducing anxiety. And Hvar is famous for it. 50 years ago, 8% of the world’s lavender production came directly from Hvar Island in Croatia. Today, although the production is not as large as that, it is still one of the best things to do on the island.

The reason for such strong lavender growth in Hvar is a combination of the warm climate, the amount of direct sunshine, and the raw landscape itself. Head to areas like Zastražišće, Gdinj and Bogomolje, to see the densest lavender fields, taking in the bright purple hues and the aromatic scents. Because of the amount of lavender it grows, Hvar hosts its on lavender festival in the middle of June. During this festival, you can learn about the plant itself, help harvest the lavender and even watch a demonstration of how to distil the scent of lavender – from plant to bottle. 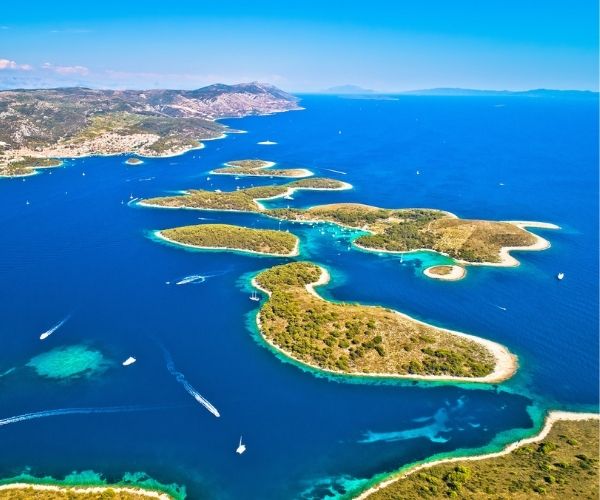 The Pakleni Islands can only be accessed by boat and, with such an element of seclusion and exclusivity, it is definitely a special place to visit from Hvar. With sparkling waters, small coves and undiscovered lagoons, the Pakleni Islands are a little insight into ‘hidden Croatia’. Ironically, the island’s name translates to ‘Hell’s Islands’ which could not be any less accurate. There are many islands making up this archipelago – the largest being Sveti Klement. This island is home to three very small villages where the locals here live an incredibly relaxed lifestyle. 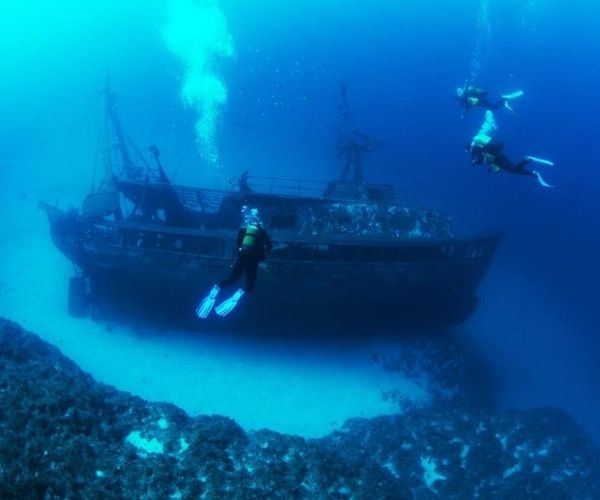 For those who are looking to do some activities on or under the water, Hvar Island is a great place for you to spend a few days. There are some fantastic diving spots within short distances from the island (accessible via boat) which offer colorful coral reefs, a wealth of aquatic life, and even underwater ship wrecks. Most of these are around the Pakleni Island archipelago which is south of Hvar. An interesting dive is to explore the wreck of the English boat ‘Paulina’. This merchant boat sunk in the 19th century and today, is a hidden treasure for bright sea creatures. 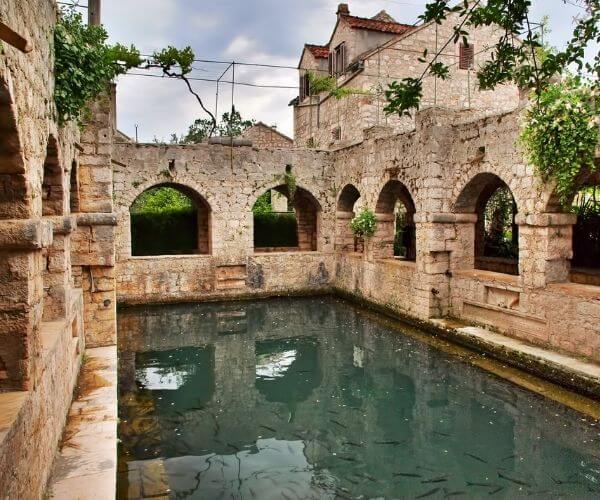 If you are interested in history, art and literature, then a visit to the Tvrdalj will whet your appetite. Petar Hektorovic was a Croatian writer and poet (1487-1572) who built Tvrdalj Residence. As a result of being well preserved and maintained, the castle remains standing and strong today. Because of his creativity, Tvrdalj is aesthetically pleasing, featuring a fishpond filled with sea water. The stone work is a delicate balance between strong foundations and intricate stone detail. 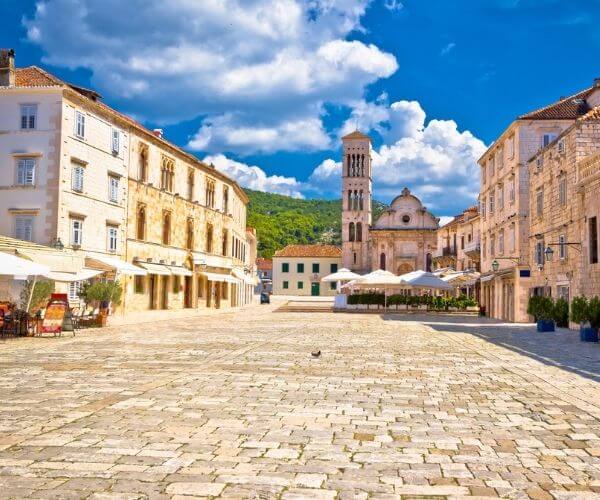 Tucking into Croatia’s local food and craft beer is one of the simplest, yet best things to do in Hvar. Fresh seafood and fish is served in every café and restaurant on the island, and for those who enjoy craft beer, there are lots of local ones to sip. A really nice characteristic of Hvar is that you can find hidden, relaxed street bars just by walking without a purpose. Some independent cafes and restaurants have stunning views out to the bay of Križna luka, while others have lively characters and people who make a memorable impression. 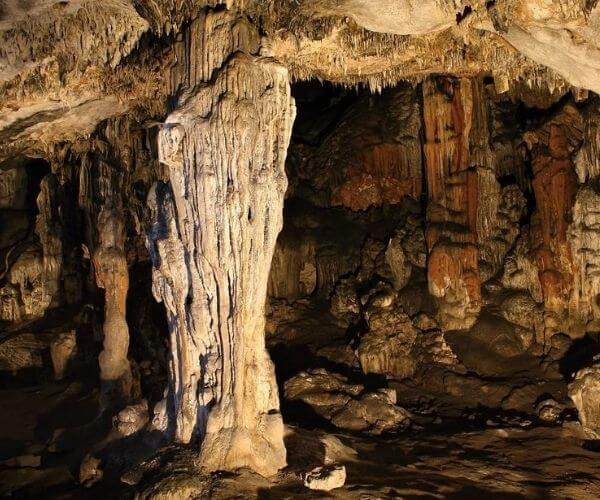 Croatia homes some intricate cave systems that date back thousands of years. Grapceva spilja is one of them. As one of the best-preserved caves in the coastline, this cave landscape is worth visiting. Geologists have labelled Grapceva cave as prehistoric, dating back around 3,000 years ago. This was mostly from rock samples taken deep within the cave but interestingly, items were found in Grapceva cave which were unexpected. One of which a piece of pottery. The other were human remains, dating back to 4,000 BC. These show the presence of human civilization. The cave itself has a network of chambers and passages but can only be toured by ticket-holders.

Ready to plan your Croatian cruise?

Yes, then get in touch today and our cruise experts will design you a unique itinerary based on your desires, plus all our insider trips to make sure your Croatian cruise is truly amazing