Best Things to do in Croatia

From the historical sites, charming cities, the beautiful national parks and delicious food and wine on offer, we are amazed by how much this magnificent country has to offer.

Read our travel guide to find out the best things you should do in Croatia:

Soak up the sun on the beach

Sunbathing, swimming and taking in the beautiful views on the Croatian beaches should be at the top of everyone’s list of things to do in Croatia. Although Croatia does not have any natural sandy beaches, that does not mean they are not worth a visit. Croatia is home to many beautiful beaches, including the most famous beach of all, Zlatni Rat beach on Brac island. It is often referred to as the Golden Cape or Golden Horn because of its unusual shape, earning this beach 3rd place on the ‘Best Beach Destinations in Europe’ list. This pebbled beach stretches almost half a kilometre out into the Adriatic Sea, with the tip of the beach changing shape from the waves and current.

Another Croatian beach which topped the list for the ‘Best Beach in Europe’ is Stiniva Beach, located on Vis island. The beach is protected by two high cliffs, giving you the feeling that you are on a secluded island. The only way to access this hidden cove is by boat, which will take you along the south coast of the island, or you can follow the hiking trail which will lead you straight to the beach in 20 minutes.

You can visit these unforgettable beaches on our 7-Night Dubrovnik to Split Superior Cruise. 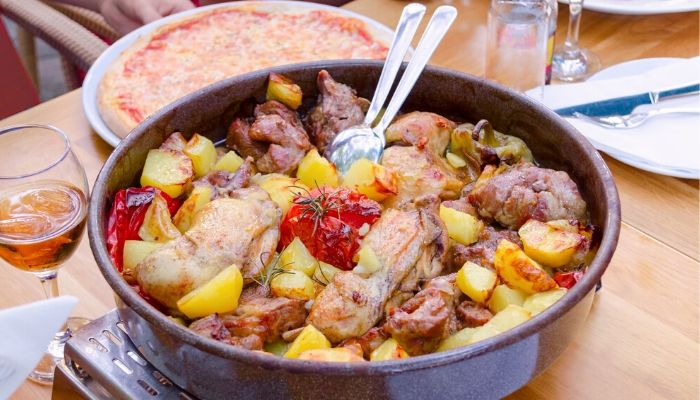 Croatia does not only offer picturesque views, but it is also home to some of the most delicious cuisine. Sample fresh seafood, homemade pasta and tasty meaty dishes when you join our Croatian cruises. Many of these Mediterranean dishes use the freshest, seasonal ingredients and are incredibly delicious. Some of the most traditional Croatian dishes are Peka, Black Rissoto and Buzara. Our 7-Night Croatia Food & Wine Cruise includes unique gastronomic experiences, including sampling fresh Oysters in Ston, truffle hunting in Istria or we can book a private cooking class with a local family.

Croatia is home to 8 beautiful national parks, all waiting to be explored. One of the most famous and most visited national parks is Plitvice Lakes in central Croatia. This is one of the oldest and largest national parks in Croatia and was added to the UNESCO World Heritage list in 1979. The park is 295 square kilometres and has 16 natural lakes for you to see, with a range of streams, waterfalls and cascades. Plitvice Lakes is also home to an array of wildlife, including brown bears, lizards, hedgehogs and deer.

Mljet National Park is situated on the island of Mljet and covers the entire north-west part of the island. Inside the park, you will find two saltwater lakes – Malo Jezero (Little Lake) and Veliko Jezero (Big Lake). In the middle of the large lake is a small islet called St Mary’s Island, where a former Benedictine Monastery has now been turned into a café for tourists. Mljet National Park has plenty of fun activities for all to enjoy, from cycling, swimming or kayaking around the lakes.

Krka National Park is named after the river Krka which is enclosed in the park. The park is located in Central Dalmatia and is one of the best-known attractions in Croatia. You will find seven incredible waterfalls at the park, including the impressive Skradinski buk. The park also has great hiking trails for guests to explore and visitors can take a boat trip along the river or go for swim near the waterfalls.

Our 7-Night Dubrovnik to Split Deluxe Cruises includes a stop at the iconic Krka National Park. 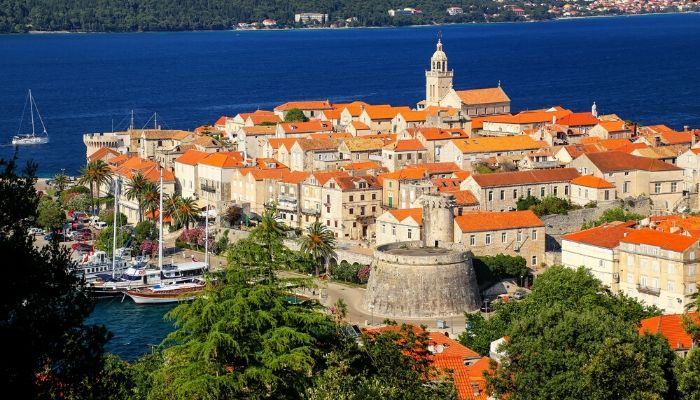 Croatia is an island-hoppers paradise, with over 1,000 islands to explore. You can visit the popular medieval cities of Dubrovnik and Split, where you will have the opportunity to see plenty of historical and UNESCO World Heritage sites. As you sail along the Dalmatian coastline, you can stop off at the unspoiled island of Vis, learn about the renowned explorer Marco Polo in Korcula and drink cocktails on the glamorous island of Hvar. Check out our island-hopping deluxe cruises here >>>

Or why not travel to the north of Croatia and visit the beautiful islands of Rab, Cres and Losinj on board our 7-Night Opatija Deluxe Balcony Cruise. Enjoy magnificent views, incredible cities and the pristine coastline as you sail from one island to the next. 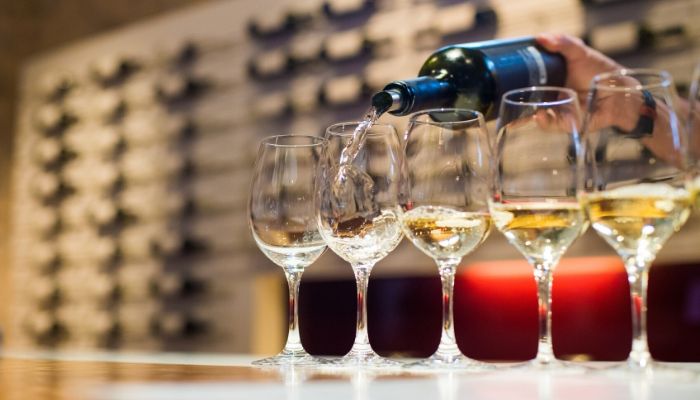 One thing Croatia is famous for, is its wine, and it has been an important part of Croatia’s economy since the ancient Roman and Greek times. Two Croatian regions which are popular areas for their vineyards are Istria and Dalmatia, they both have the perfect climate for growing grapes and are home to many indigenous grape varieties, including Plavac Mali and Malvazija Istarska. All across Croatia you will find vineyards and wine tours available for you to join, where you can learn about Croatia’s long history of wine making and have the opportunity to taste some of the islands finest local wine.

Our Croatia Wine Cruise is the perfect trip for any wine connoisseur and the best way to discover Croatia. You will have the opportunity to visit stunning Croatian islands and taste delicious local wine.