UNESCO World Heritage Sites are often a travelers’ first port of call when visiting a new country. In Peru you have Machu Picchu which is visited by thousands of people every year, Croatia has the old town of Dubrovnik and India has one of the most beautiful buildings ever created, the Taj Mahal.

These sites are famous for being a landmark or area that has special significance whether this is cultural, historic or scientific and are often seen as places to be preserved at all costs. Not only are they great places to visit, but they also provide travelers an insight into some of the most important times in history.

Over tourism can threaten these famous sites and the increase in travelers wanting the visit these spectacular places causes strain on them.

That’s why at Cruise Croatia we’ve compiled a list of the most searched for UNESCO World Heritage Sites on Google to see which are the most popular and which travelers intend on visiting the most. 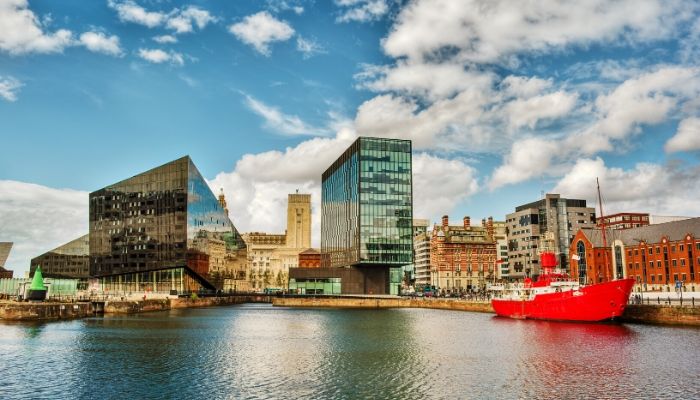 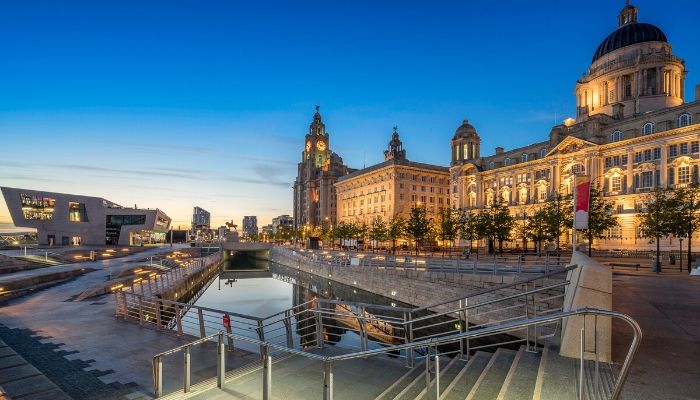 Achieving the top spot with almost four times the search volume of any other UNESCO Heritage Site in the world is the unlikely city of Liverpool. The city achieved the status of World Heritage Site in 2004 when six locations in the city center were deemed to be of cultural significance. According to the official UNESCO website, Liverpool played an important role in the growth of the British Empire and was a pioneer in the development of modern dock technology, transport systems and port management which helped it become one of the world’s major trading centers in the 18th and 19th centuries. 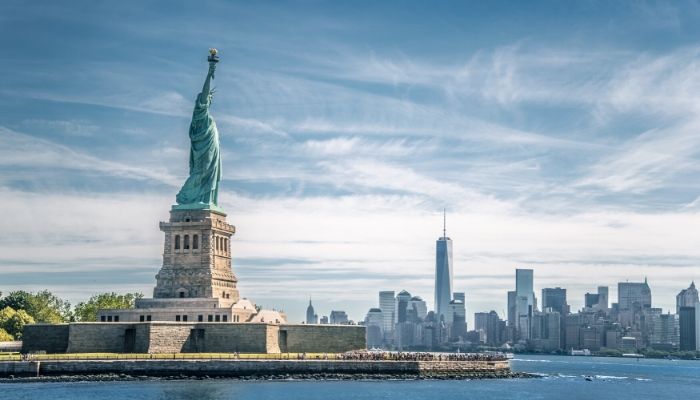 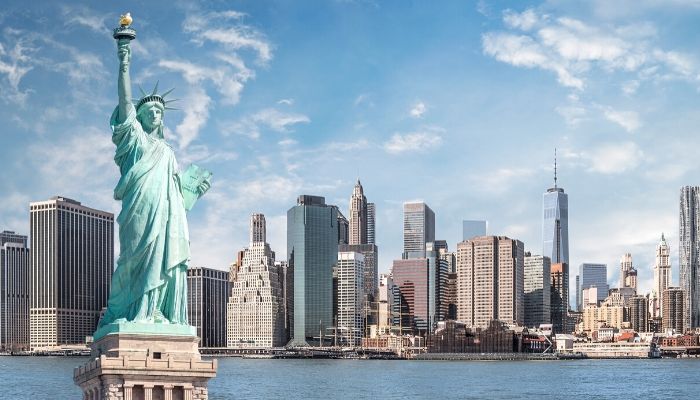 Coming in at 2nd place of our ranking is the Statue of Liberty, one of the most recognizable landmarks in the entire world. The statue received a search volume of 261,000 meaning each month over a quarter of a million people are researching this monument on Google. The Statue of Liberty was made by French sculptor Bartholdi in collaboration with Gustave Eiffel and was a gift from France on the centenary of American Independence. Ever since the Statue of Liberty has stood as a sign of freedom and has welcomed millions of immigrants to the United States. 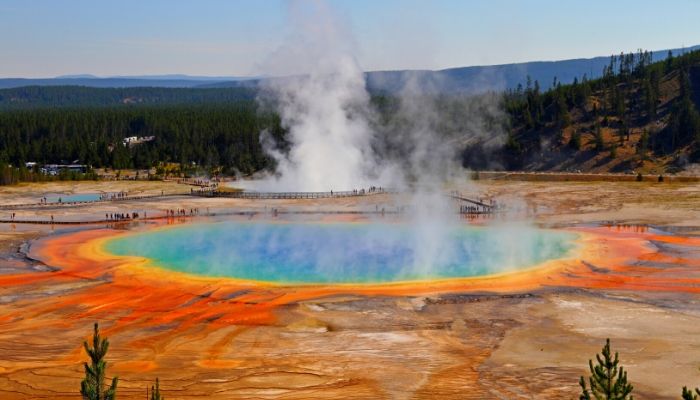 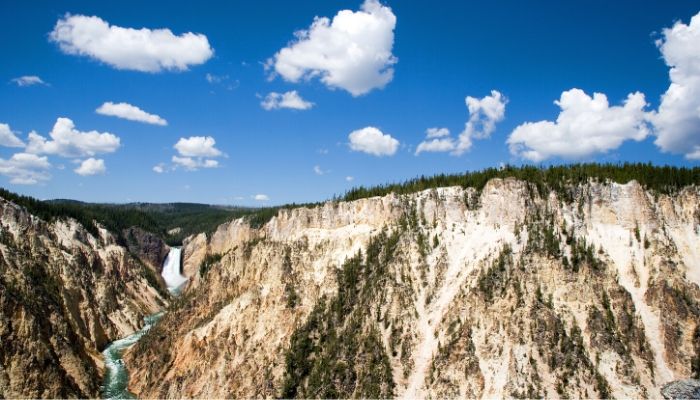 Just missing out on 3rd place is Yellowstone National Park, the second UNESCO Heritage Site in the US to grace the list. The national park has 254,000 people searching for it monthly and has been chosen as a UNESCO Site based on its scenic beauty, standing as one of the few remaining intact large ecosystems and has become one of North America’s foremost refuges for rare plant and animal species.

Yellowstone doesn’t just have a beautiful environment to offer travelers. Visitors can watch geysers erupt from colorful hot springs, see wildlife such as grizzly bears, gray wolves and moose roam the park, hike through the wilderness, go white water rafting and even camp under the stars. 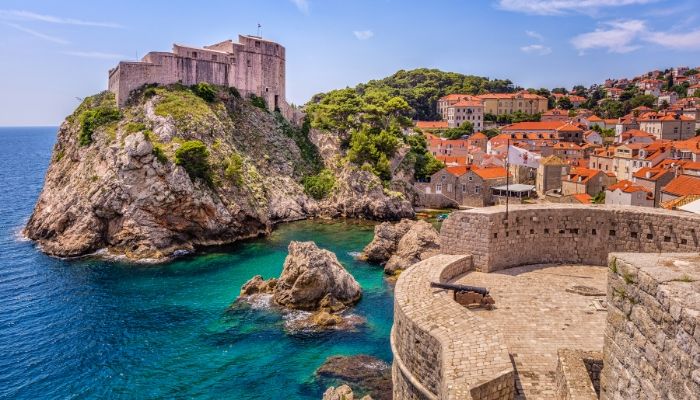 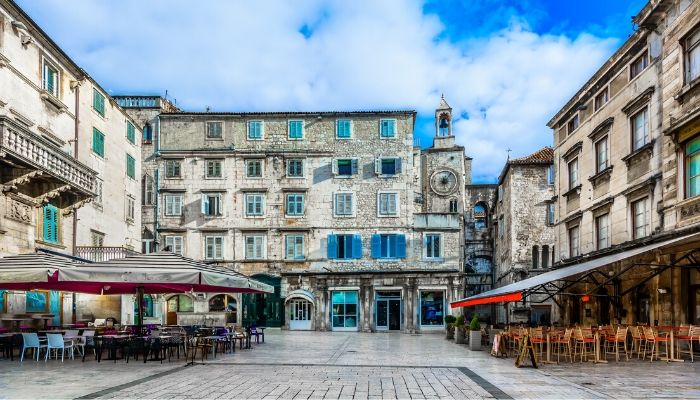 The Old City of Dubrovnik came 51st with 53,000 searches cementing itself as one of the most popular historic towns in the world. Known as the ‘Pearl of the Adriatic’ Dubrovnik became an important Mediterranean Sea power from the 13th century onwards. Now, the town is a popular tourist destination with plenty to do such as walking the ancient city walls, exploring the cathedral and kayaking around the base of the city.

Arguably, Game of Thrones helped catapult Dubrovnik to popularity and made it a household name for a new generation of travelers. Due to this, there are many guided tours you can take to explore the filming locations of the fantasy hit. Just don’t forget to explore all the hidden nooks and crannies that tour guides won’t take you to.

Although Dubrovnik is the only UNESCO site in Croatia to rank in the top 100, there are many that fly under the radar and are great options for off the beaten track experiences.

One of these places is Split, the second-largest city in Croatia. This site has a fairly modest search volume at 24,000 but the fact that it isn’t on the tip of every traveler’s tongue makes it that more appealing. While the city of Liverpool will forever be bustling, Split will provide travelers with a more relaxed atmosphere giving them the opportunity to explore the historic palaces, sample traditional Croatian food and stroll the promenade at their leisure.

Another site is the Plitvice Lakes National Park with 15,000 searches. The forest reserve is famous for its chain of 16 terraced lakes which are joined by waterfalls. This under the radar site is only visited by those who want to venture away from the populated cities. Once away from these tourist hotspots, travelers will be treated to the rugged landscape of Croatia which few ever get to see. The national park offers endless hiking trails into the forest and the crystal-clear lakes are great for a dip in the heat.

The full list of the Most Searched for UNESCO Sites according to Google is as below:

We then ranked each site on their Google search volume and selected the top 100 highest-ranking UNESCO Sites with the highest search volume.

The results were measured from March of 2020.